Quote of the Week

Quote of the week: “If there's a book that you want to read, but it hasn't been written yet, then you must write it.” - Toni Morrison

A Breakdown of Plot Diagrams

Plot diagram is also called the structure of the story. It is the main outline of what is going on and everything else exists solely to support that structure. There are a couple of different types of plot structure but the basic one consists of Exposition, Rising Action, Climax, Falling Action, and Resolution. Learning Through Listening explains each of the five elements of plot and even breaks down the Cinderella story to help make it even more understandable. Exposition sets up the story and lets the stakes become known, Rising Action is the problem and/or conflict the character attempts to resolve, Climax is where the story is at it's worst, Falling Action is where the character begins to solve the problem, while Resolution brings the story to a close in some manner. Exposition, Rising Action, and Climax (or beginning, middle and end) is what is called the 3 acts of a story, each plays an important part to the story.
There is also another plot diagram that some use called Gustav Freytag's Pyramid. This has the same 5 elements as above but adds two more for a more complete understanding of plot (this is mostly done in literature). It adds Inciting Incident and Denouement. Your 5 acts would be Exposition, Rising Action, Climax, Falling Action and Denouement. What is Denouement?
A denouement (pronounced day-noo-maun) is the part of the story just before the conclusion and after the climax. It is the winding down of a story. Where in the book the "Hobbit" Bilbo would be on his way home. The denouement is the resolution or outcome of a story. The winding down of a story is referred to as the falling action, which comes immediately after the climax. -Wiki.Answers.com
What is the difference between Denouement and Resolution? The Resolution happens when the character solves the main problem/conflict or someone solves it for him or her. The Denouement is the very ending. At this point, any remaining secrets, questions or mysteries which remain after the resolution are solved by the characters or explained by the author. Sometimes the author leaves us to think about the THEME or future possibilities for the characters. 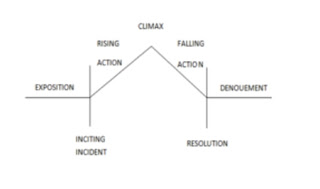 Want to know more about plot and how to build it in your story?  Checkout my blog post to find more out about my free ebook on The Building Blocks of Plot.
What about plot for nonfiction? Does nonfiction even have plot? Check out my blog post Does Nonfiction Have Plot to find out!
Posted by Cynthia Griffin (Writerific) at 5:28 PM

Hello to all! Thanks for taking the time to stop by for a visit. Please don't expect anything like regular posts. I post when my writing and hyper four year old allow for it. This blog is my attempt of sharing things I have learned on my writing journey. Hope you enjoy and happy writing! 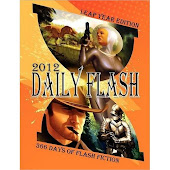